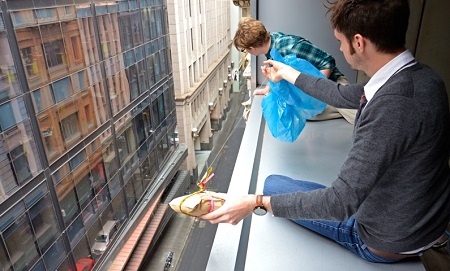 Sandwiches delivered by parachute, In Australia a new, truly original idea, to deliver the sandwiches just ordered. Jafflechutes, a company of Melbourne, has decided to hand over the sandwiches either launched with a parachute. Through the Internet it is possible to order the sandwiches and see where it will be assembled and when the customer will receive the meal. 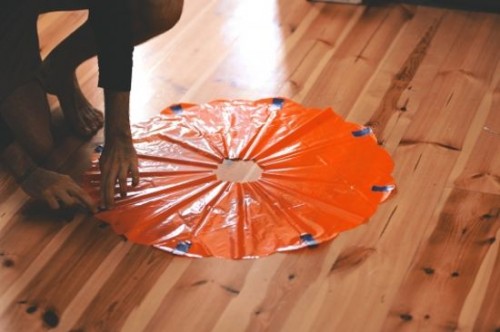 The spaces used for the preparation of the sandwiches are usually the apartments of friends of the owners of the company that must be between the fourth and sixth floors.

Although the original idea through the initiative is having success, the business unlikely is not easily reproduced in other cities. 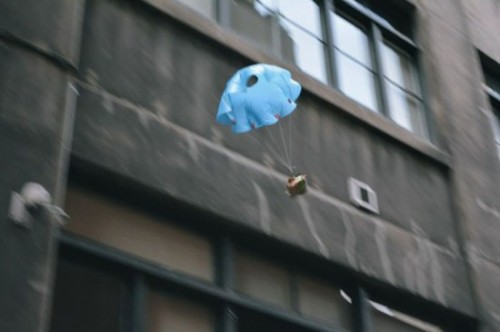 The Jafflechutes would also arrive in America, but it will not be easy: Melbourne has large pedestrian streets in which to deliver the rolls without obstructing the traffic, and there are too many trees or obstacles in which the sandwich could get caught, conditions hardly present in other cities.

The sandwiches are quite normal, but when they are delivered by parachute, the thing does not go unnoticed. The mechanism is quite simple: Using Internet, the managers announce from where they will work, and collect orders with their website, which at the same time inform the customer of exactly when their sandwich descend from heaven ready to be eaten.

Previous it’s peaceful invasion and absolutely valuable purpose. Melbourne
Next In South Korea a bar whose main theme is the excrement