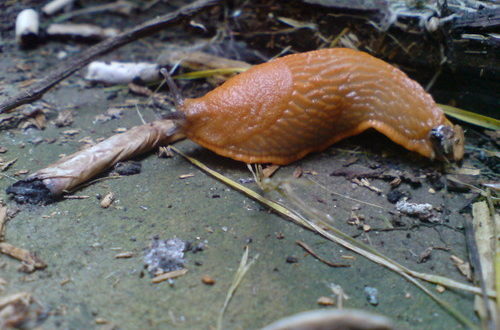 In big cities the snails have taken an “human flaw”!! really amazing!

In big cities, the snails have taken an “human flaw”!! really amazing!
The snails that lives in big cities are taking a very dangerous habit, typical of the man: They started smoking, or better to eat cigarettes, which could have major and worst consequences. 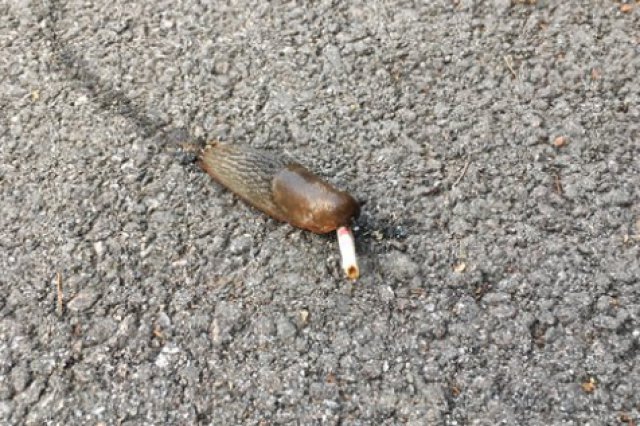 Snails are not exactly the most cute animals in the world. In effect no one likes them, maybe because the have the body covered by a not very pleasant burr, sometimes they are a problem for farmers because snails love eating crops (especially the salads), and that’s why farmers run for cover. But the snails are important to the ecosystem, since many birds use to eat snails, in a life cycle that has gone on for millennia. At least until the man has not arrived, and then the balance, especially in urban areas, have changed dramatically. 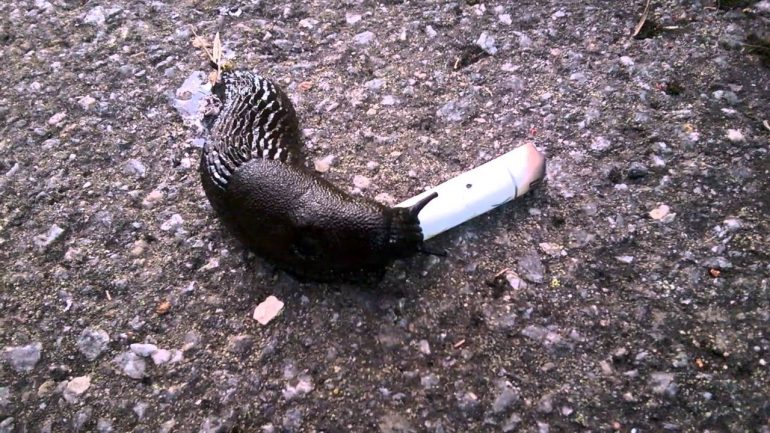 Indeed snails, being in shortage of food because many of the plants they found in the cities are not edible for them, started to find a new way to survive and they founded a viable alternative which is to eat cigarettes. Since the problem of cigarette butts on the ground is a particularly difficult question of city decorum to overcome, someone thought to solve this problem in an other way. Snails seem to appreciate tobacco, grass (dry) contained within the cigarettes and when they find a cigarette prefer it to any other plant to eat. 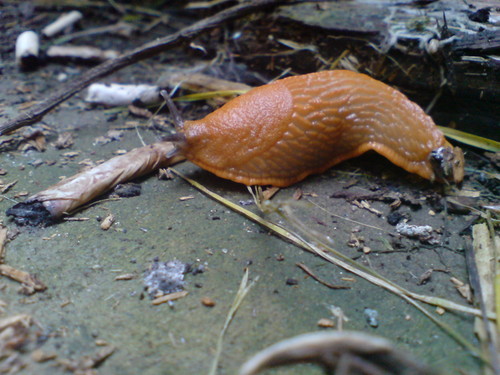 There are many people who thanks to mobile immortalize these ” vicious snails ” during the act of eating cigarettes, so much so that this particular phenomenon was brought to light just on social networking. But someone obviously thought the most disturbing aspects of a situation, indeed as we know cigarettes are not really the most beneficial products in the world.
The studies are not yet completed, of course, because the phenomenon has come out very recently, but they are not much positive. This is because slugs do not eat only the tobacco, which in the end would be a dry plant, but also the filter and the paper, which are most of the butt that remains on the ground.
The snails in this way would take the residue maybe not harmful for them, but that could be dangerous for the animals that eat snails. Another problem is that the sanils may defecate on the plants, which then would be eaten by humans. Consequences not just positive, still reiterate once again how important it can be to quit smoking. But, even if you do not stop, at least throw cigarettes into the garbage would not hurt.

Previous Best Prank Compilation Ever
Next The sealed room in America that it will be opened only in 6000 years.