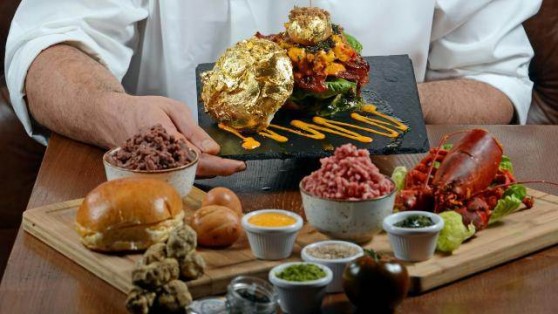 The most expensive burger in the world is in London where you can buy a burger from more than 1400 euro. Here’s what’s inside

The most expensive burger in the world is in London where you can buy a burger from more than 1400 euro. Here’s what’s inside … 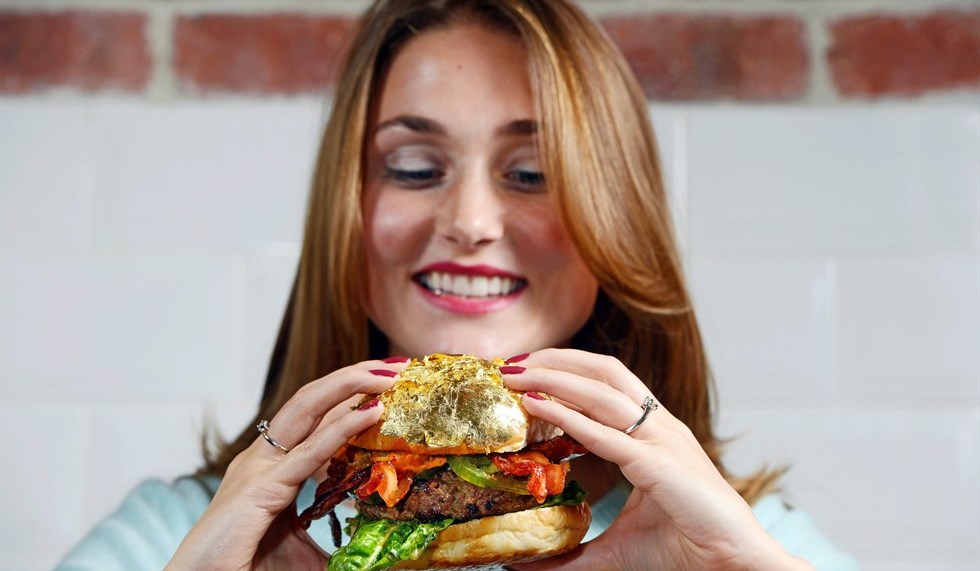 The Honky Tonk London, a stylish restaurant, decided to give his version of chic and juicy burger. It’s called Glamburger and is made with fine ingredients and of great quality in what has been called the most expensive sandwich in the world, covered in gold leaf.

The classic beef has been substituted with the Kobe beef, accompanied by the New Zealand deer, Canadian lobster and white truffle. The sandwich, of about 2,618 calories, coast 1,100 pounds (about 1,400 dollars) to which must be added an additional 12.5% service. 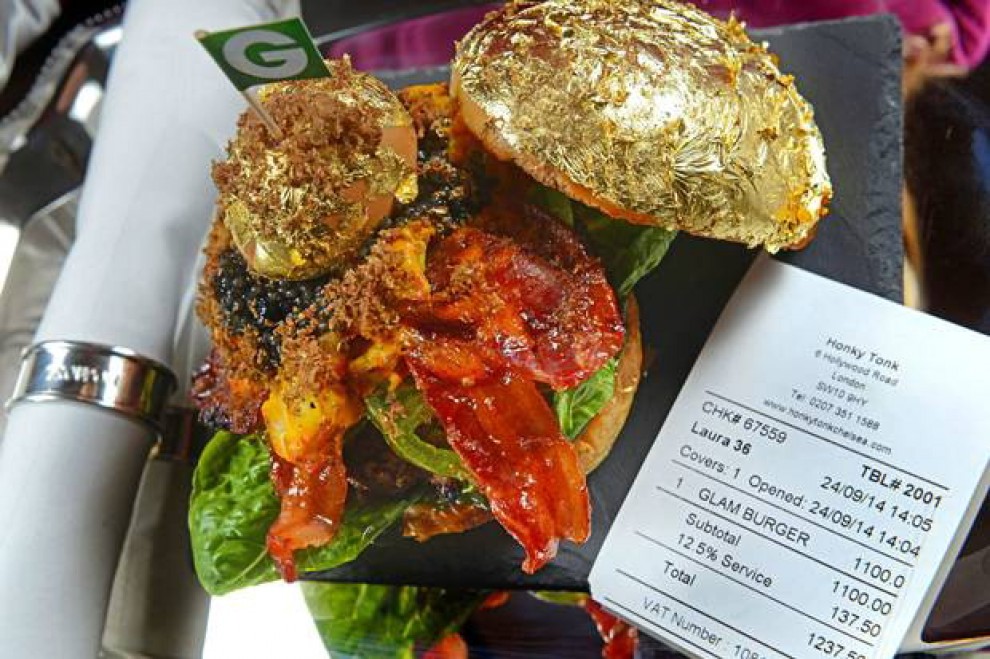 The idea of this colossal burgers came from chef Chris Large, thanks to the collaboration of his restaurant with a well-known website that sells coupons for discounts. The main reason was because he wanted to celebrate the achievement of 5.000.0000 vouchers sold online.

This magic hamburger  was born in London, in the heart of Chelsea, at 6 Hollywood Road in what has been called the Temple of the “posh junk food”. The restaurant was already famous as the bar-restaurant that made chic eating hamburger (the classical costs 10.95 pounds). 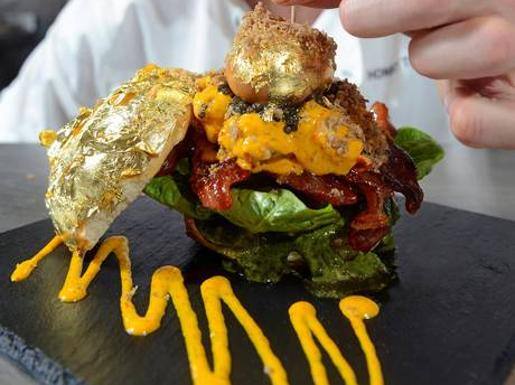 What will you find inside this magic burger once you ordered? Lte’s start with 220 grams of Kobe mixture of ground beef and venison from New Zealand, the heart of black truffle and brie, smoked Himalayan salt, Canadian lobster, Iranian saffron